Christiano had to have a tracheostomy done when he was very little because his jaw was not correctly aligned resulting in him being unable to breath probably. He has had small operations to slowly try and regain the correct alignment but on the 27th of July he had a major operation to reconstruct his jaw. This was done during smile week at The Red Cross Children’s Hospital. He was in

14 children attended the Boccia tournament for the disabled at the Knysna Oyster Festival on the 4th of July. The tournament was an introduction to an event which will hopefully take place on an annual basis.  There were children and adults from Knysna, Plett and Oudtshoorn. The children were initially very tentative and some were even a bit shy to participate but once they understood the rules and played the

We had a wonderful support group session on the 28th of March at Die Sterreweg. The theme was LIVE IN MY SKIN. Our parents with special needs children go through difficult times because of judgement from others and our message is: “Don’t judge unless you’ve walked in the shoes of one of these parents!”During the sessions we encouraged parents to voice their feelings and we hope they returned home with

The Foundation is always looking to broaden and deepen our network and work with other local organizations to ensure the services with regards to children with physical disabilities run smoothly. The Sabrina team is striving to ensure that the gap between the community and the stigma of disability is closed, by ensuring that all children with physical disabilities from ages 0-18 have the right to education, proper medical know-how and

Die Sterreweg Day Centre recently welcomed three new angels into the fold. And, on Monday the 11th of April, we enjoyed a very special day for two new stars, as they attended the Centre for the first time. Linamandla and Siyolise are originally from the Eastern Cape and moved to Plettenberg Bay towards the end of 2010 to have access to a Day Care Centre such as Die Sterreweg. Four-year-old 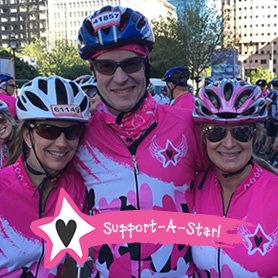 Error: API requests are being delayed for this account. New posts will not be retrieved.

Error: API requests are being delayed for this account. New posts will not be retrieved.